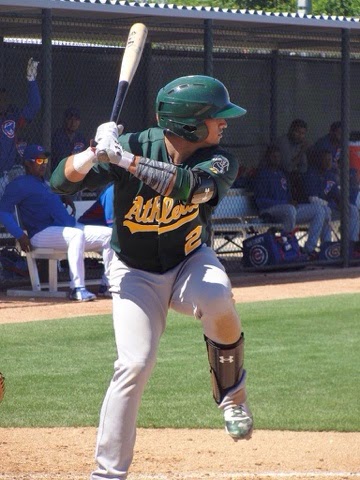 Revving themselves for upcoming and crucial campaigns en route to actualizing their potential and continuing upon their path of development, Oakland's contingent of farmhands competing for full season opportunities have already descended into the Athletics' new fangled facility relocated from Papago Park to half a mile directly south of the since vacated and now reinhabited HoHoKam stadium after Chicago abandoned ship westward over to their new complex at Sloan Park. With other international and short season pieces having yet to arrive and waiting until the opening of the extended spring in April, the A's have been playing host to minor league assets since February with the opening of mini camp with coaching and instructional minds forming the upcoming affiliate staffs throughout the country acclimating with their future squads and assisting in preparation for what shall service for some as pivotal seasons in reestablishing their objective wealth within the industry, beginning to actualize their toolsy abilities with an installment of baseball aptitude or just plain attempting to figure out how to play baseball continuously for five months without succumbing to fatigue and sloppiness. For arms such as Raul Alcantara, Tanner Peters, Chris Kohler and Dustin Driver, 2015 serves as a means to reacclimate after injury riddled campaigns and reaffirm their value after rehabilitation while draftees such as Daniel Gossett, Brett Graves, Branden Kelliher and Heath Fillmyer begin to finally log frames onto their arms through their first initial professional spring gauntlets at the academy. High profile bats such as Ryon Healy, Matt Olson and Renato Nuñez acquire a crucial development exam in Midland and a league riddled with probable adjustments with arms knowledgeable how to exploit potent holes within a swing while breakthrough international kiddos like Yairo Muñoz and Franklin Barreto seek to continue to actualize within a full season developmental rung including a means of adjustment for Barreto personally having to shift organizations and transition across the country. Providing a teeming scouting envirorerment with talent juxopppsed on dualing fields in-games and extensive daily preliminary workouts and drill work prior in the morning, the area provides significant insight into oncoming seasons and a means of checking-in on the progress of those whom strided forward during the Fall within the Instructional League and towards the conclusion of their own individual minor league stints the year before. Most notably, stock ballooning from short season pieces such as Dustin Driver and Yairo Muñoz served as an intriguing narrative heading into the spring as both prepare to tackle their initial full season assignments and the consequent adjustments laying ahead versus more advanced bats with better semblance of the zone and arms with a preliminary ability to sequence along with a more consistent stream of plus potential pitches to encounter.
FULL REPORTS -
3B Yairo Muñoz (*Potential* 5 Hit, 6 Pop, 4 Run, 4+ Glove, 6+ Arm): 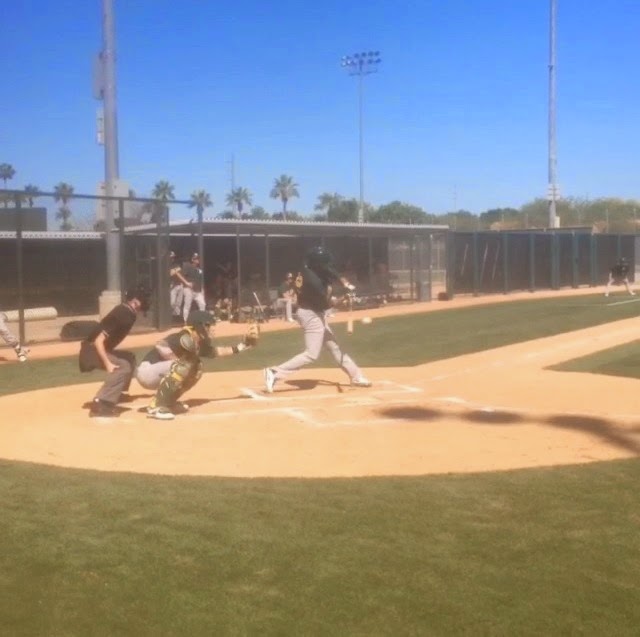